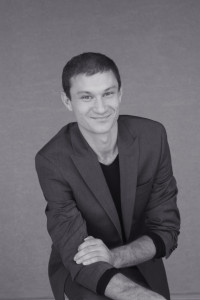 Lorin Drexler (aka Loryn) is an American poet, musician, songwriter, performer, music producer, teaching/coaching artist, and novelist. Rooted in the windy city of Chicago and currently residing in Mesa, Arizona, he has worked and lived in various US cities coast to coast. Experimental in nature, provocative in metaphor, and mellifluous in sound, art truly is the ritual of his practices.

Writing free verse poetry at 15 began the footwork of his projections and aspirations to create sound. Having an interest in lyrical poetry, his desire progressed to songwriting and learning guitar. At 18, Lorin formed his transitory first band, The Screaming Poets. Shortly after, he organized another project called Satori while attending Columbia College Chicago for creative writing. This group featured an accouterment of musicians and styles throughout its existence. From indie-folk to punkish hard rock to downtempo electronica, it was its own versatile caravan.

Post-Satori and a plethora of songs later, his interest in engineering and electronic music production began while working with a friend producer/DJ. He became acquainted with various elements of music software and hardware and started building his production suite. The electronica artist Loryn (www.loryn.net) was born within this process. Over the years, this method of designing music developed into a unique cohesion of computer production with organic guitar songwriting.

Furthering his advancement in the technological arts, Lorin attended SAE Institute in New York City and graduated at the top of his class. After completing the program, he continued on his path as a music artist, writing, performing, and publishing four original studio albums and one single.

Under Loryn, in 2011, he began releasing monthly newsletters to his fans and subscribers. In addition to artist updates, his passion for writing became part of the newsletters. In 2015, he compiled the newsletters into a novel anthology of poetry, prose, and flash fiction called Re-edit (available now on Amazon: www.amazon.com/author/lorindrexler). Shortly after, he began receiving publication for his work and was inducted into Poets & Writers, the nation’s largest nonprofit organization serving creative writers: www.pw.org/content/lorin_drexler.

Continuing his creative journey while freelancing as a music teacher and music producer on the Big Island of Hawaii in 2017, Lorin began developing a blog website (thanks to a few conversations with a friend/drummer/business coach in a band he was producing). He decided to name his blog Gen Society (https://gensociety.com/) based on a series of synchronous experiences affiliated with a novel he has in the works called Genesis. After many trials trying to figure out what to do with Gen Society, resorting to his first love, Lorin finally settled on it being an art space blog for visual art & poetry collaborations.

Most recently, after moving in 2018 to the Mesa Artspace Lofts in Mesa, Arizona, Lorin has been offering teachings of his creative skillsets independently through his business and a series of classes and workshops at various institutions in Arizona. To name a few, he has been working with the Mesa Arts Center, Virginia G. Piper Center for Creative Writing at ASU, Edna Vihel Arts Center, North Valley Regional Library, Bookmans Entertainment Exchange, Arizona Empowerment Scholarship Program, Arizona Friends of Foster Children Foundation, and Music & Arts.

As a performer, Loryn has played alongside artists such as Local H and Rusted Root frontman Michael Glabicki. He has played multiple music festivals and parades, venues like the extravagant Art Institute of Chicago and the Double Door, and worked with avant-garde theatre giants, Collaboraction, as outsourced musical talent. As a music producer, Loryn has released four studio albums and one single, all currently distributed worldwide. In addition to his repertoire as a music artist, Lorin has produced other artists such as Chase Makai from Nahko and Medicine for the People, Ammon & Lia out of Utah, and the Beach Road Band in Hawaii. As a poet & fiction writer, Lorin’s work has appeared in tNY Press, LitroNY, Vine Leaves Literary Journal, Apocrypha and Abstractions, Maudlin House, and others. Lorin was also an awarded recipient in the 2019 Tempe Writing Contest.

Hi Friends and Writers: I'll be hosting an Ekphra

If you're looking for some inspiration in your cre

Thanks @tucsonfolkfest for the experience. Was a l

if you're in or around Tucson on these dates, come

Hi Friends and Writers: Just sending you a friend

Hi Friends and Ukulele Players: Hope you've all b

Hi Friends and Writers, Just sending you a frien

Join me virtually this Saturday from 11am-12pm for

Thanks for the spot Shoutout Arizona: https://shou

Welcome to Gen Society! Include the link below in

Thanks Assisi for including one of my poems in you

Happy @makemusicday! Below is the last of three r

Happy @makemusicday! Below is the second of three

Happy @makemusicday! Below is the first of three

Available online throughout the pandemic.

Other fun ways to keep up!